Symbols of the West 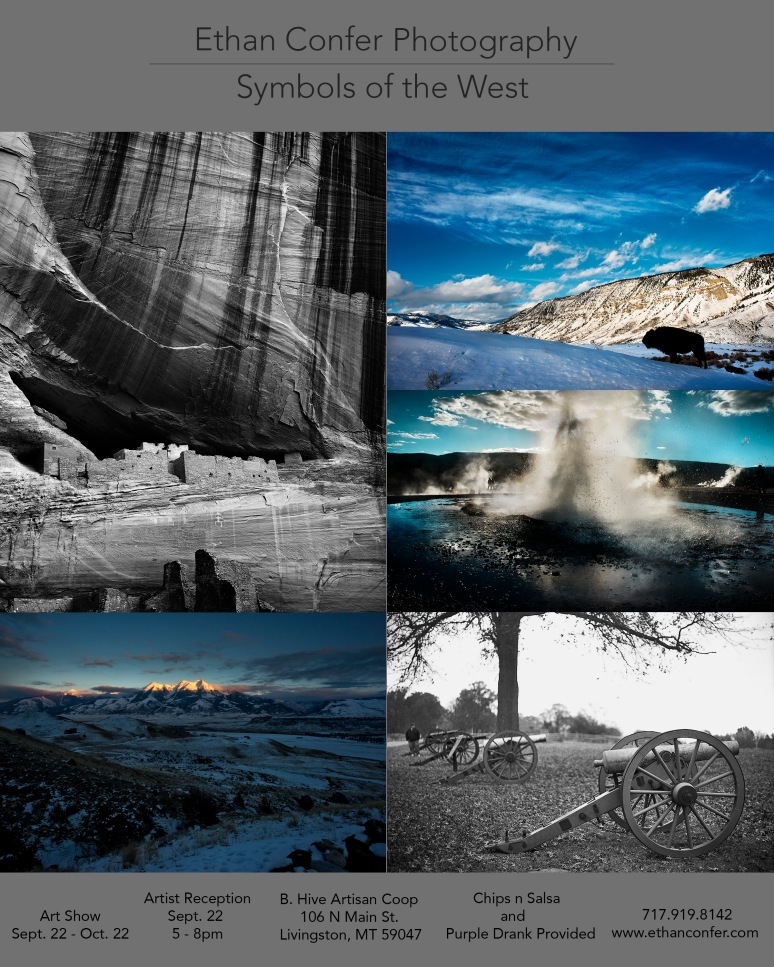 First and foremost I’m having an artist reception tomorrow night in Livingston, all the important information is on the above promo.

The other day as I was cleaning prints, and polishing frames and glass in preparation for this show, I had some time to reflect on how I got here. And it is indeed a big cliche. I grew up back east and although we had many wonderful vacations growing up, the most impactful was a trip we had taken to Los Angeles when I was fifteen. What a culture shock! And it was California dreaming from there on out.  As a thirty year old, I don’t feel the same about it at all. But what that trip did do, was start my infatuation with the American west. When I was eighteen, I don’t think I made it a week after graduation before I bought a used car and set off for the western frontier. Twelve years later, I’m in Montana and more in love with western culture than ever.

As you go through a body of work that’s transpired over the course of years, you begin to see patterns and themes that weave and intertwine through your subject matter. We’re creatures of habit whether we want to admit it or not. I’ve always been somewhat of a history buff. I think it runs in the family. But as I assemble and sequence images, I see that I’ve been chasing history from the most prolific battles of the civil war, across the very tracks that were laid after, to the natives that obstructed government expansion, to Americas first National Park. By all means, I haven’t reinvented the wheel here and truth be told I’m fine with that.